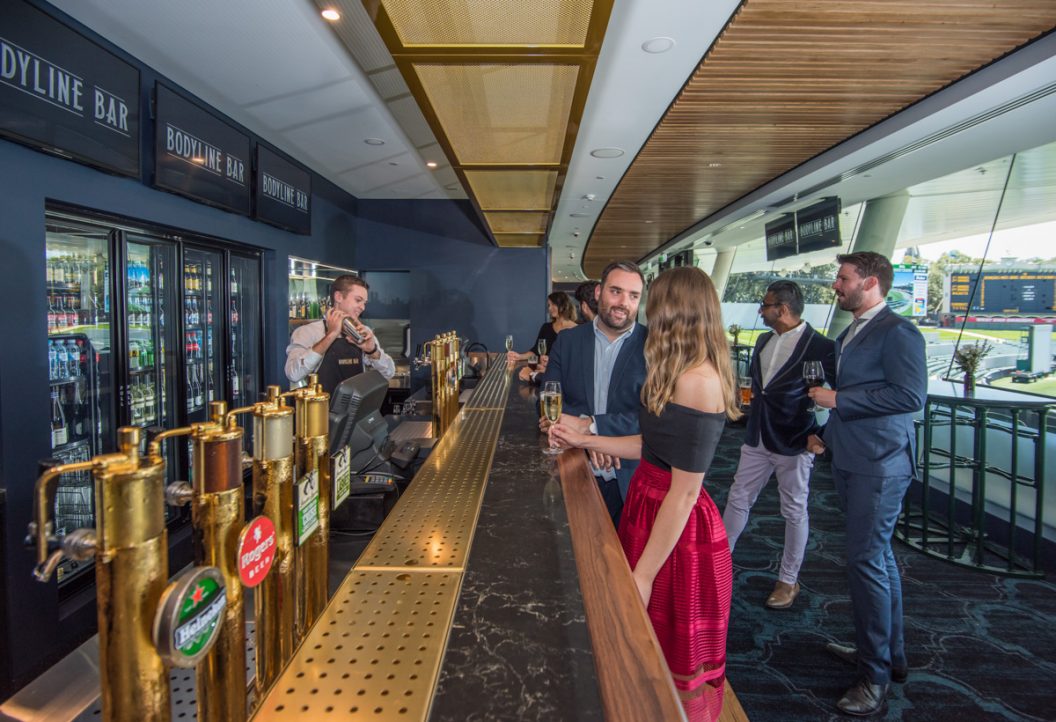 This project’s intent was to pay homage to the Bodyline series, with integrated memorabilia tying into the 1930s aesthetic. The client’s brief was to incorporate this aesthetic whilst integrating salvaged and original materials from this era.

The design included materials salvaged from the original 1880s Bradman Stand such as the original Norton turnstiles. SHAPE partnered with Image Shopfitting & Construction to restore and repurpose these as bar leaners, while the same 200-year-old recycled timber has been used throughout the space as feature ceiling and flooring to create a seamless connection to the other rooms within the Western Stand. This was salvaged from the Port Adelaide Wool Sheds.

An expansive walnut bar with stone inlays and brass taps overlooks the field, complementing the heritage blue walls and memorabilia cabinetry. The walls feature large images of 17 of the players who took part in the game including Bradman, Woodfull, Victor Richardson, Grimmett and Bert Oldfield, and England’s Douglas Jardine, Larwood and Wally Hammond. The images and their accompanying descriptions were taken from cricket cards included in cigarette packs in 1933.